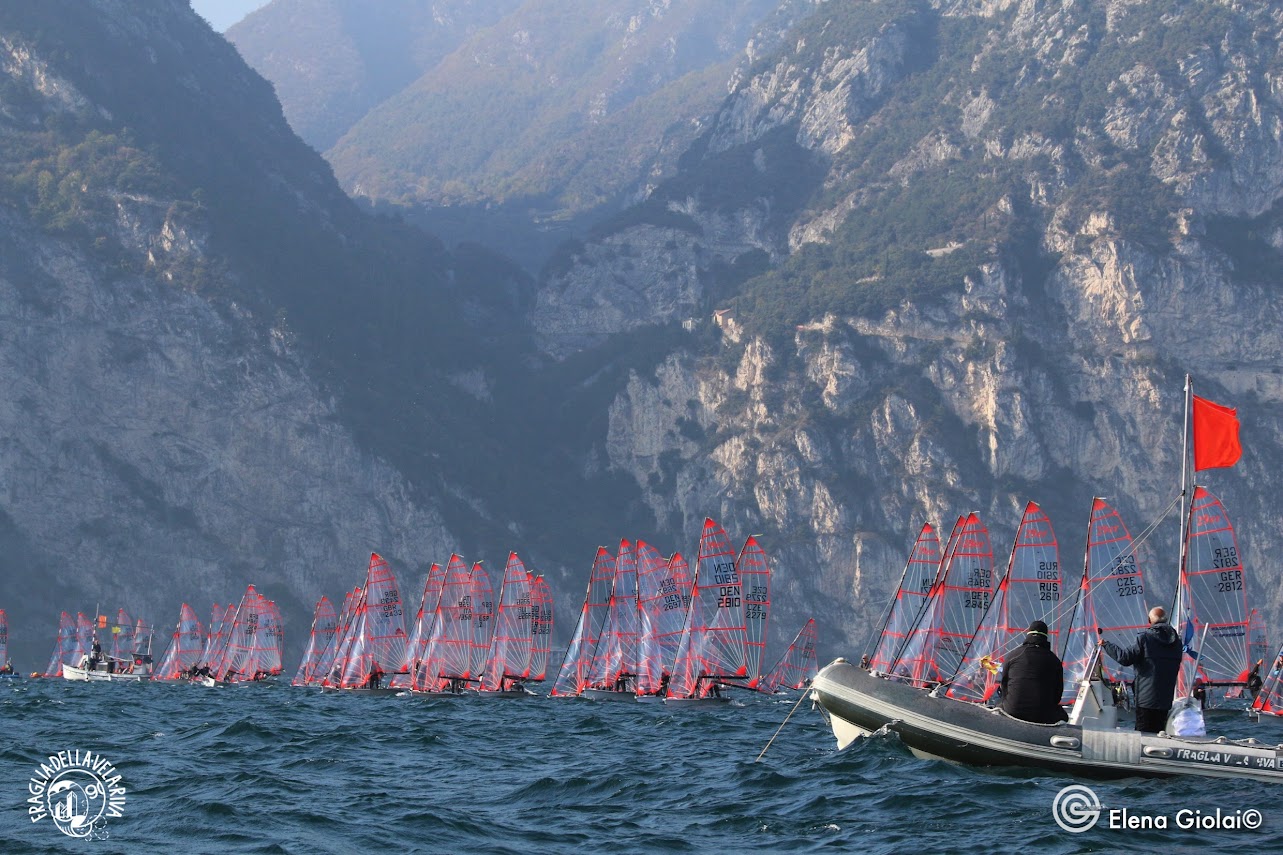 “Europe is where you go to become a competitor,”

something my coach used to say while squinting his eyes and scraping his calloused hands together as if he were picturing a glowing pile of gold. This was not to disparage the level and effort of the athletes in North America. But there’s something about the jet lag, language barrier, and skinny legged european scene that offers the right amount of out of comfort zone experience to help define and challenge an athlete’s process.

A squad of four Americans including; Ripley (Miami), Nick (Boston), Berta & Bella (Miami) made the jump across the pond to eat pasta, climb mountains, and cut their teeth in Italy for the 29er EuroCup Finals in Europe’s most scenic spit of water, Riva del Garda.

We asked crew Nick Hardy, who represented the USA in the 29er at last summer’s WorldSailing Youth World’s in Corpus Christi, Texas, about his experience: “I had high expectations for the level of the European fleet in Garda. There were 131 boats at the regatta. Much more than any US fleet, so we had to be aggressive in our starts and had to be certain with our strategy.”

The 29er EuroCup circuit this past year was a series of 9 events held at venues throughout Europe from the UK to Finland. Scores from the series are tallied to name the EuroCup Champions, this year awarded to British team Ewan and Finnley, who finished 8th at the Youth Worlds in Texas.  The final event this year in Italy held light to moderate breeze which kept the race track thick with traffic.

Previously competitors battling against one another for the 2018 YW slot, Nick and Ripley teamed up for the Italy event and quickly went to work on defining teammate roles and lines of communication.

“One mistake would cost us a lot of boats,”

reports Nick. “This [forced us], a new pair, to work efficiently.” The dense fleet left room for little error and providing the highest level of competition. Which is exactly what this US squad needed. The fall season in the US is focused on development and expansion of the existing regional squads this regatta fell in an ideal time window for the these athletes to prepare for the events ahead.

The 2019 EuroCup schedule can be found here. 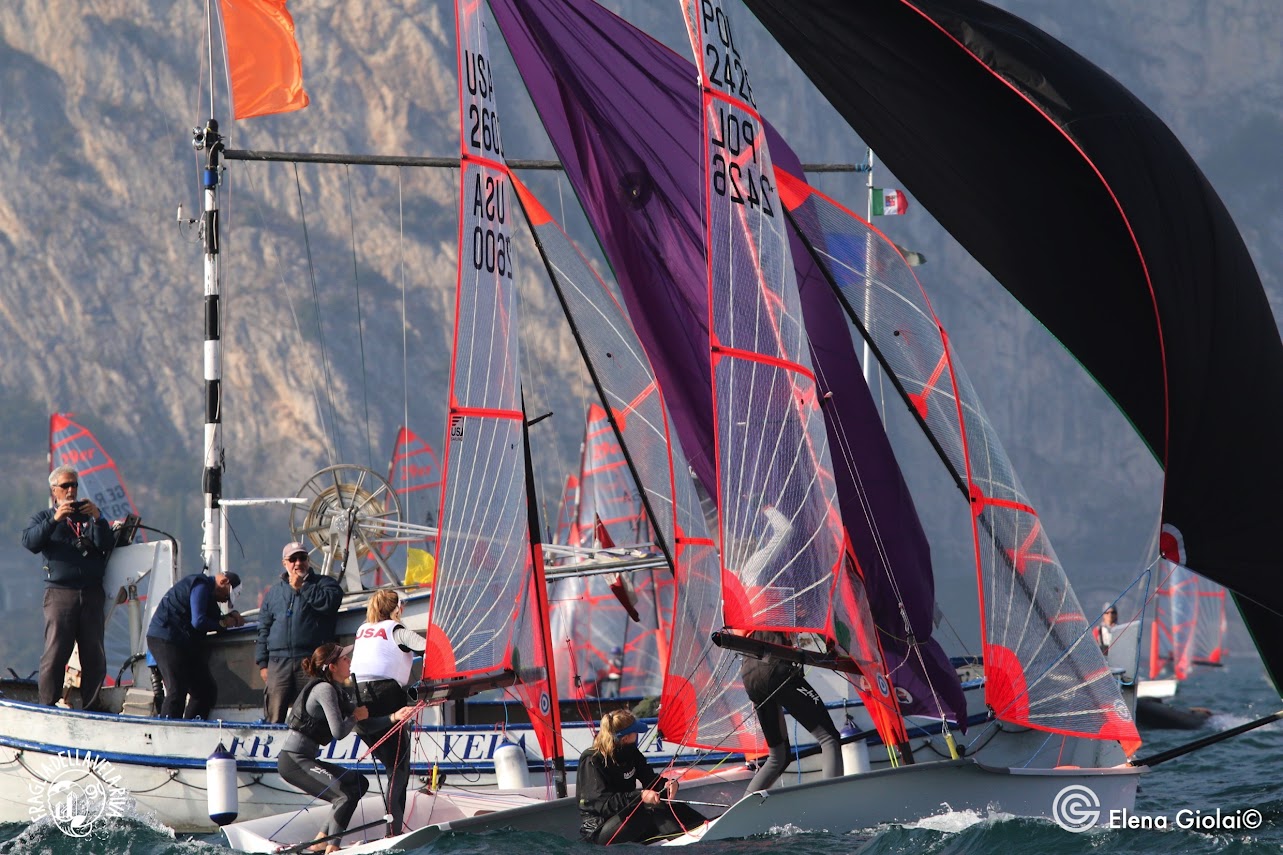 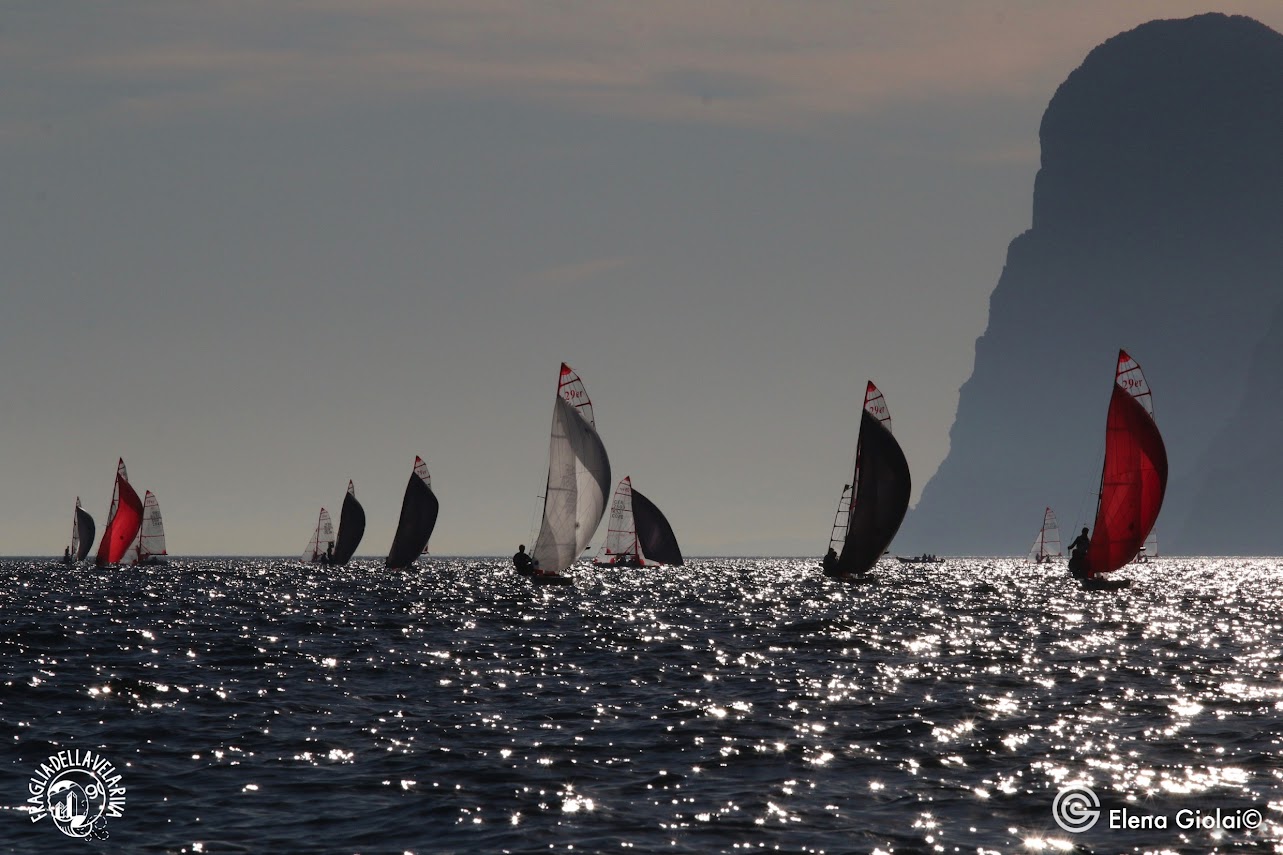